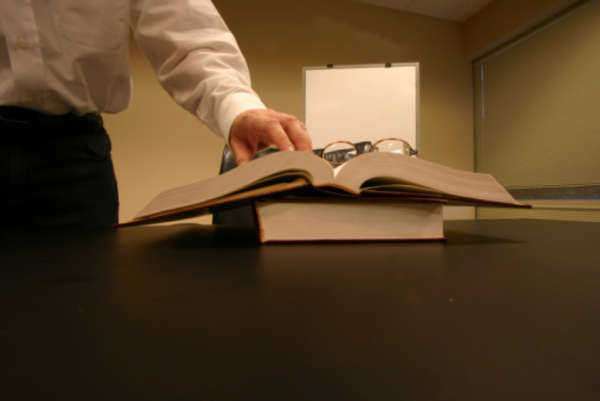 Functions of Court & Jury
The necessity for a negligence case to be tried in a court of law is essential and evident. Tort law, like any other law is tough to decide upon when an enforcement or violation issues arises, and is furthermore tedious. In negligence cases, a court appoints a jury to make a decision upon a case based on the direct or circumstantial evidence that is available to them.
The jury must decide whether the misconduct of one party under their responsibility of a given duty, directly caused harm or injury to another party. If the jury finds that the party is negligent, then that person or persons, will be held liable for all damages caused to the victim.
Negligence cases are highly common and usually deal with injury related to accidents in stores, restaurants, public places, motor vehicle accidents, etc.. These cases require clear indisputable evidence that highlights the misconduct of the responsible party, as proof that a negligent act lead to such accident or injury.
Burden of Proof & Presumptions
The burden of proof a plaintiff faces in a case relates to four elements of proof that must exist in order for them to be able to prove that a negligent act not only existed, but that the act by a defendant led to the injury sustained by the plaintiff.
These four elements relate to the following: that the defendant was under responsibility of a legal duty (to protect),  that there was a failure in proper conduct by that party, to show that this failure led directly to the injury caused to the plaintiff, and finally that an injury actually occurred and is evident.
All these details must be presented to a court in the form of evidence, which can be direct or circumstantial. Provided that this proof is given clearly to the court, and the proof confirms the negligent act, the defendant would be held liable for his or her actions and the damages endured by the plaintiff.
Circumstantial Evidence-Res Ipsa Loquitur
Circumstantial evidence pertains to a type of evidence that exists to indirectly prove a case, and is not as evident or clear as direct evidence. Since direct evidence for a case would be a witness account, or perhaps a video containing the act, it can incriminate the defendant to the negligent act.  Such evidence can be the physical remnants of an accident or injury, and can be proven through a series of scientific tests and theories.
Forensic science is one of the key components used to provide circumstantial evidence in a case, and has been successful in doing so. There is an type of circumstantial evidence, which is also referred to as a doctrine in the field, that serves to prove negligence known as res ipsa loquitur. Res ipsa loquitur requires that four elements be provided in order for the evidence to be valid and existent. The term itself is derived from the Latin phrase “ the thing speaks for itself”, referring to the accident.
Res Ipsa Loquitur-Procedural Effect
A case that provides a res ipsa loquitur evidence must meet four demanding factors of such a type of circumstantial evidence. These four elements are:  that the accident existed solely due to the misconduct of the defendant, and could not have happened otherwise, that the accident happened under the responsibility and/or attention of the defendant, that the plaintiff did not take part in any actions that would contribute to the accident’s occurrence, and finally that the detailed evidence and description of the accident be made highly available to the defendant.  The elements provided give a clear account as to the failure in responsibility by the defendant as well as it’s direct correlation to the injury sustained by the plaintiff, and make such evidence accessible to the defendant.

An Overview to Compensation Systems in Tort Law